Progress on our Development Projects – clean water, health, and education – largely had to cease because of the invasion of much of Amhara Region by the terrorist group Tigray People’s Liberation Front (TPLF), including in August 2021, Lalibela town itself. They particularly attacked local government employees as part of their objective to “break the Ethiopian government”. Many young Amharan males fled to the mountains around the nearest large town, Bahar Dar, which was deemed to be safe. Derebe, our Project Manager was among those who fled, believing, as we did, that his life was at risk. However, in Lalibela town itself there were no such attacks, but those who fled were not allowed to return.

This TPLF invasion disrupted our supply of building materials and made it unsafe for our contractors to work.   We immediately changed our focus therefore on to Emergency Food and Medical Supplies, where we already had some experience.   When the TPLF had reached and fully occupied Lalibela, the Ethiopian army surrounded the town and TPLF cut off all electricity, water, internet, and the bank, so it was impossible for us to communicate and for Derebe to know if his family were safe.   He was however able to continue some of his work by devious messaging.    This situation continued until December 1st, when the terrorists left silently overnight along with all of the other TPLF who were in the occupied territory, i.e. most of Amhara Region.  By that time tensions between the Ethiopian army surrounding the town and TPLF inside it had starteed to reduce, helped greatly by the Ethiopian Orthodox Church who had started to form a strange but positive relationship with  the TPLF. This included the church making loans to the unpaid skeleton Lalibela nursing staff who had bravely remained in the Hospital;  supplying and fixing parts for the one remaining ambulance;  and working with the local grain co-op to supply grain to the Lalibela residents who were trapped in the town, many starving and some dying. Practical Christianity at work!

For the next 2-3 months, as the inhabitants who had left, including our Project Manager, started cautiously to return, we were the only NGO in town, but an informal group of Ethiopians living in Australia learnt of the problems and donated 2 very large trucks of mother and baby food with delivery to Lalibela.   They could not access the rural area beyond Lalibela, so Lalibela Trust rented smaller trucks and donkeys for delivering the supplies into the woredas around Lalibela.

Horror Outside the Town

Our Project Manager quickly saw that inside Lalibela there had been virtually no physical damage to houses and the historic churches, only petty theft from homes plus some equipment and supplies from the Hospital and the schools. In the rural areas around Lalibela, however, there was substantial theft  and destruction by TPLF of doors, windows, furniture, medical supplies and equipment from the schools, Health Centres and Health Posts,  as well as damage to the physical buildings. Create Impact and Lalibela Trust are now actively repairing this damage and replacing the stolen items with some materials from the local and national governments and much financial help from our UK and Australian donors. 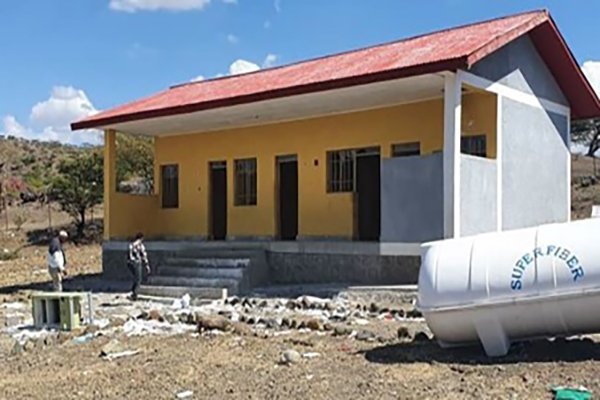 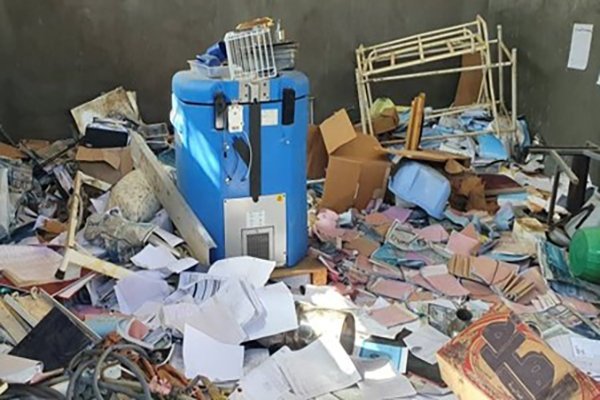 Mental Horrors for the Children

One priority we had not foreseen was the state of mental health of many children in the rural area, who had been confined to their small crowded homes, with serious malnutrition, diarrhoea and deaths in their village – even in their own homes – and frequent sounds of gunfire.   They do not have toys and would lie crying and sleeping.   We discussed this and felt that a solution which might help was to get schools reopened as soon as possible to provide social life, discipline and a place where a teacher could oversee them continuously. We quickly made efforts to make schools functional with much encouragement to the Education Department and the Schools’ Heads from Derebe.   TPLF had stolen all exercise books, pens, pencils, and chalk. Lalibela Trust and Create Impact are buying all these materials for all children who would register and attend Grades 1-8 (elementary school), with many more still required. This programme is proving very successful. 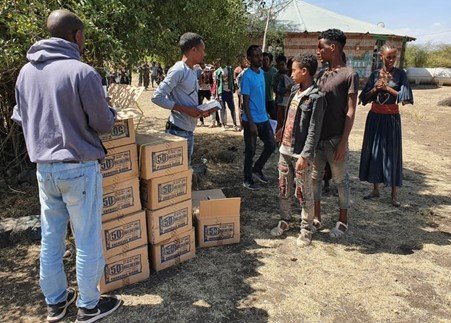 STUDENTS AT IRFA SCHOOL LINING UP TO COLLECT BOOKS 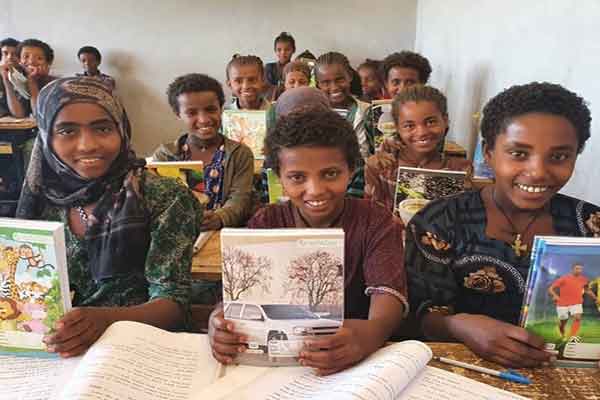 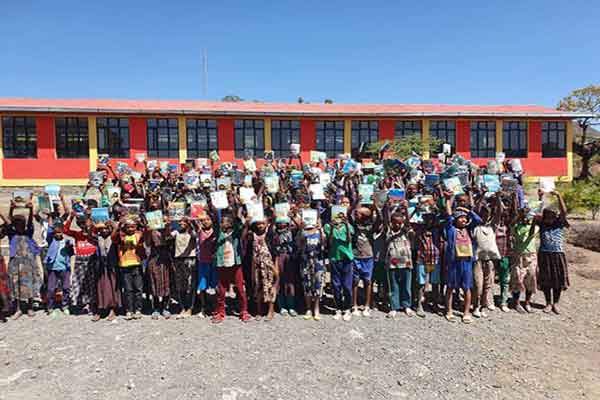 There is a fragile cease fire at present, and nobody can know what will happen next.   There are peace negotiations but neither TPLF nor the government have shown real steps towards a compromise settlement.   We can only hope for peace and for major NGOs to arrive, whilst we remain as prepared as possible to return to our Development work.

Date of Next Visit

We regularly review the timing of our next visit, and it is continually rolled back because of the war, the State of Emergency, and varying rules relating to Covid. We hope now to go in September/October 2022 at the end of the rainy season, but still dependent on the risk factors.

43 completed.   2 shifts per day.   All the Create Impact and Lalibela Trust classrooms will have been reinstated before September 2022.  34,000 beneficiaries.

135 clean water projects completed. Since 2003: (122 spring development; 13 hand dug wells:  Total 135).  The local hydrologists are gradually inspecting all of the projects as it is safe to do so and some have now been repaired. 53,000 beneficiaries

Total Beneficiaries from all Projects to Date