Lalibela Trust is a UK registered charity founded in 2012 by Dr. Hugh and Catherine Sharp. The charity works to improve health, education, and drinking water through the construction of health posts, classrooms, and clean water projects in Amhara Region, Northern Ethiopia. 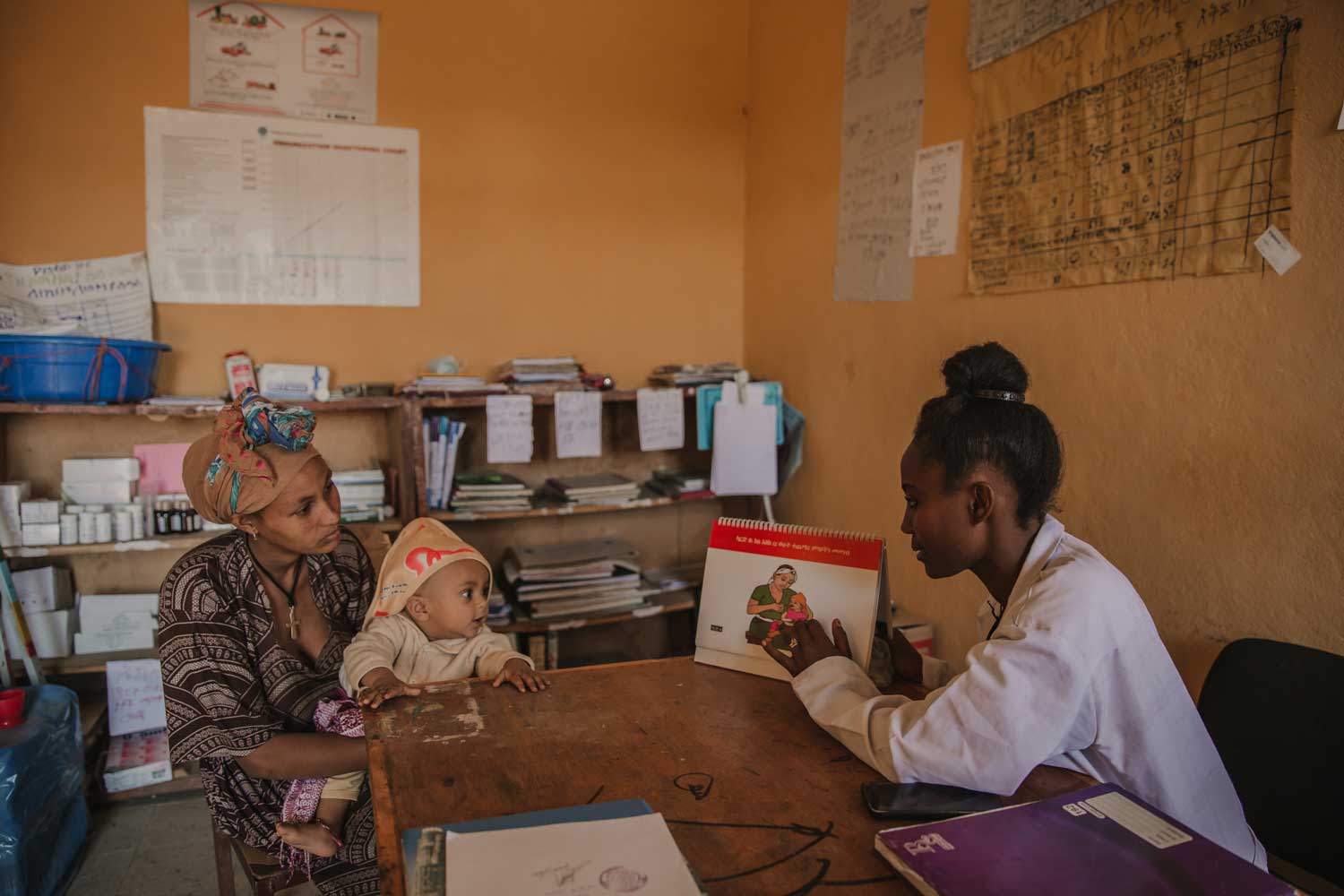 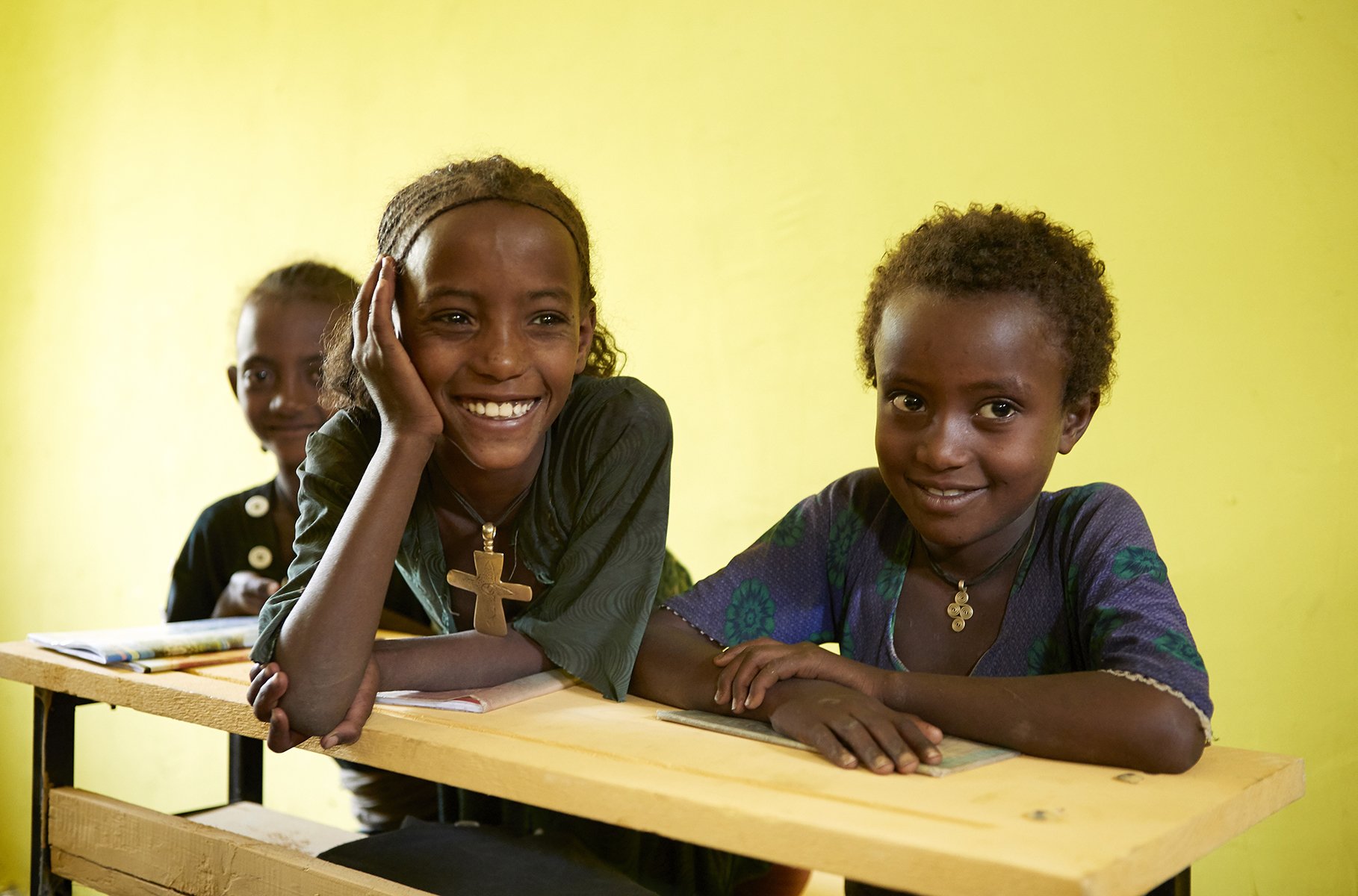 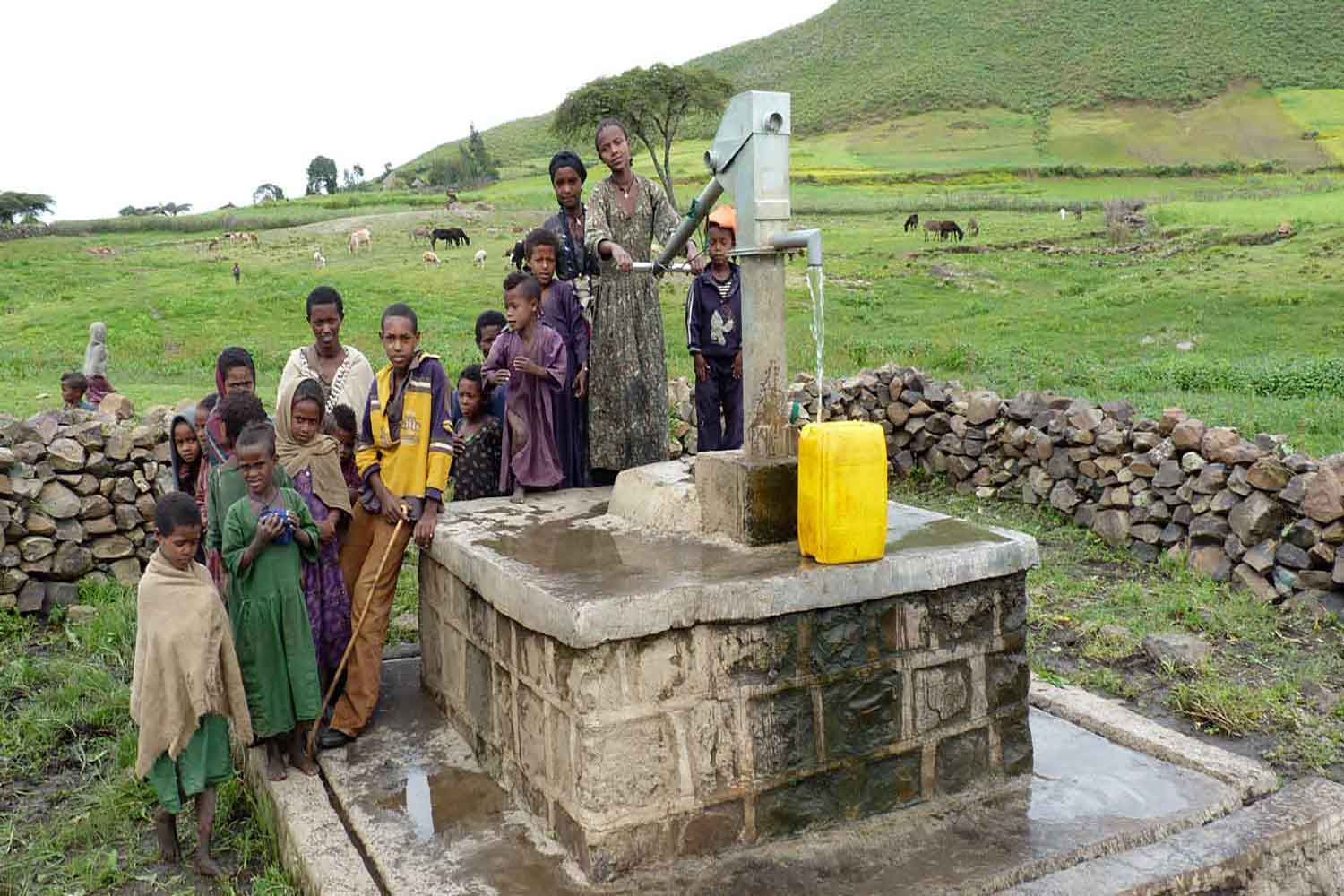 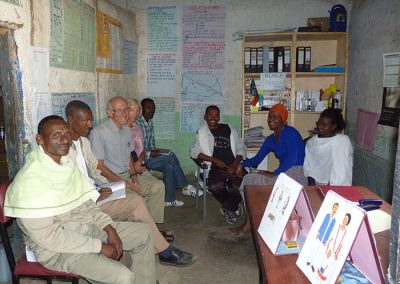 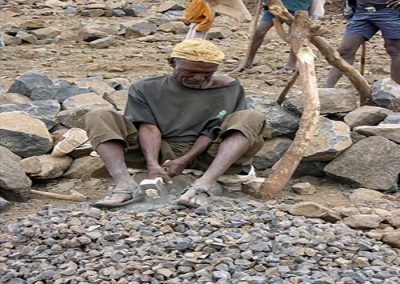 Local rock is collected and broken for gravel 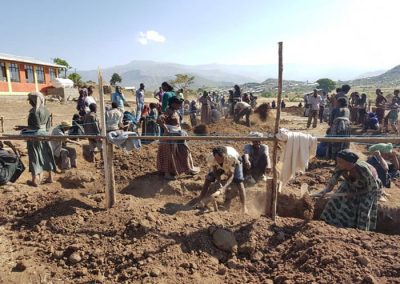 Taking turns to dig foundations for the new school block 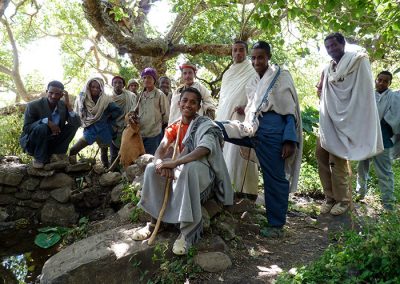 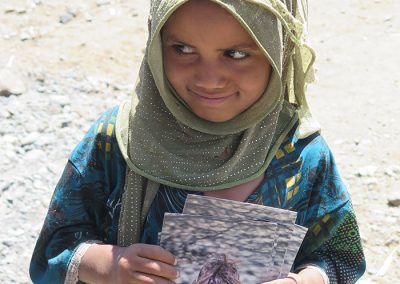 The communities love an Opening Ceremony and this is a chance for local government Heads in Health and Education to promote the use of the new facility. In turn, we say thank you for their manual labour. We then hand the facility over to the community.

4. Report to Donors – We produce a Progress Report on our projects, normally every 4 months. This full report is circulated to our donors and supporters. A summary is included on our NEWS page HERE

5. Zero Administration Costs –  All donated money goes to the projects. The Trustees and Principles pay all their own travel, administration, and accommodation expenses.  They also fund the Ethiopian Project Manager, Finance Manager, and the 4WD vehicle, from their own pockets. 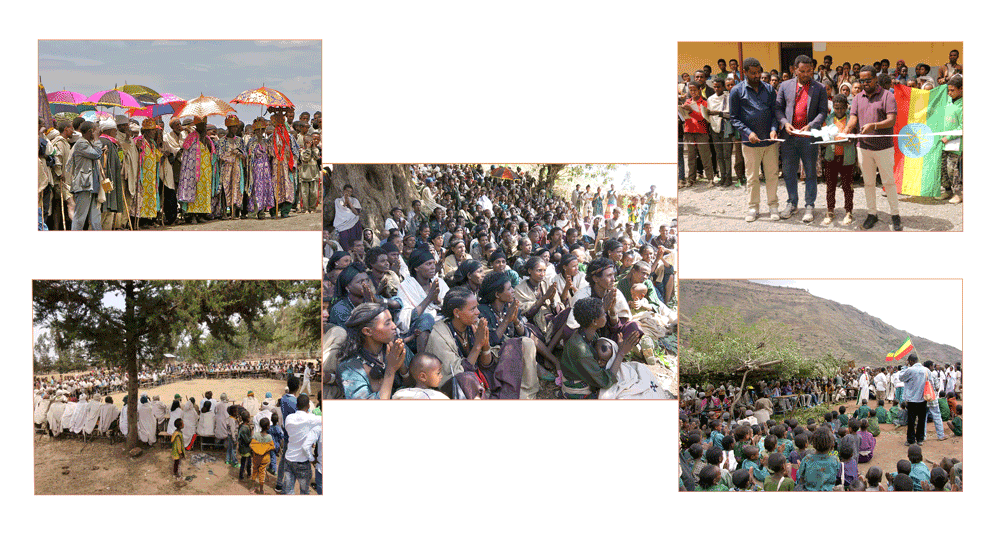 The communities love an Opening Ceremony. This enables government Heads in Health and Education to promote the use of the new facility and for us to thank the community for their manual labour. We then hand the facility over to the community.

The principles under which Lalibela Trust works have evolved since the first visit to Ethiopia of Dr. Hugh Sharp, now Chairman of Lalibela Trust, and Catherine Sharp, in 2003. During that trip, they stayed in the small historic town of Lalibela, in one of the poorest areas of northern Ethiopia. They were shocked at the poverty in the whole area and especially at the conditions in the small hospital in the town. They resolved to take action. At subsequent visits, they and their supporters funded a wide range of projects.

Hugh and Catherine lived in Glastonbury, Somerset and they promoted in 2007 the twinning of Glastonbury with Lalibela. They also secured funding for Lalibela Trust from two major Somerset donors – J.A. Clark Charitable Trust and Festival Medical Services, particularly for a new Maternity Unit in Lalibela Hospital, opened in 2020. In addition, Hugh and Catherine developed a relationship with Millfield School, in which students still contribute annually substantial sums for projects in Lalibela High School.

In 2010 they met Norman Coward and Carole Andrews, who had been building Health, Water, and School projects around Lalibela since 2002. The relationship between Norman and Carole and Lalibela Trust has grown and developed to today’s wide range of Lalibela Trust programmes. They visit Lalibela 3-4 times per year and employ a small team there, at their own expense.